In artificial insemination our medical team will control the evolution of your reproductive cycle to determine the optimal moment to achieve pregnancy.

At this moment, medication favoring ovulation is applied. The couple’s or the donor’s semen is processed in the laboratory to improve the quality of the sperm, and it is introduced in the uterus.

Fertilization of the ovule occurs in the uterine tubes, in a similar manner than that of a spontaneous, natural pregnacy. It should not be confused with la in vitro fertiliztion.

After menstruation and once it has been confirmed by ultrasound that both the uterus and the ovaries are in good condition, daily administration of low doses of follicle stimulating hormone (FSH) is started, with the objective of inducing the growth and maturation of 1 to 3 ovarian follicles.

This process lasts an average of 10 days requiring a first ultrasound control on day 6-7 of stimulation and subsequently 1 or 2 successive controls. When your gynecologist determines that the follicles show proper maturity, ovulation will be scheduled by the administration of a single dose of Human Chorionic Gonadotrophin.

The day on which the insemination is scheduled, the sperm, be it the donor’s or the couple’s, depending on the case, is processed in the laboratory to select the sperm with optimal functional characteristics to produce fertilization.

With the use of a thin cannula, right there in the doctor’s office and in an entirely outpatient manner without the need for anesthesia, the seminal sample is carefully placed within the uterus. In a completely natural manner the sperm will move from the uterine tube, when it will come into contact with the egg and fertilization will occur.

14 days after insemination, by a urine pregnancy test, we will be able to confirm the success of the treatment and begin the controls typically conducted during pregnancy.

IS ARTIFICIAL INSEMINATION RIGHT FOR ME?

Artificial insemination is the right technique for couples that are having difficulty achieving pregnancy, in whom a specific cause for infertility has not been found or in those in which the cause is associated with a mild male factor or a mild ovarian dysfunction.

For artificial insemination to have adequate chances of success the woman should be under 38 years old, she should maintain a correct ovarian reserve for her age and have patent, functioning Falopian tubes.

This technique is also suitable for single women or those with a female partner, and in this case a donor’s sperm is used.

Another indication is the need for sperm washing in serodiscordant couples to minimize the risk of transmission of diseases such as HIV or hepatitis.

WHAT PROBABILITY OF BECOMING PREGNANT DO I HAVE?

The percentage of couples that become pregnant after one cycle ranges from 10 to 20 %.  However, different factors can affect these rates of success, including the seriousness of the sterility problems detected, sperm quality, as well as age.

We should highlight the importance of conducting a detailed study of the causes of sterility prior to the indication of Artificial Insemination, to rule out any alteration that compromises the results described.

The probability of becoming pregnant is approximately the same in the first 3-4 attempts. Beyond that, the probability of pregnancy decreases; therefore, if pregnancy is not achieved after 3-4 cycles, indication of more complex and efficacious techniques such as IVF would be considered.

Great professionals, we will repeat for sure! We feel very welcomed by this great family, and we loved Dra. Molfino ! 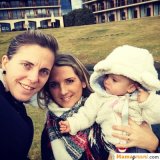 Inseminación Artificial
We arrived at the clinic with little hope after a long time trying, and when we met the medical team, I felt blind trust and we went for the first insemination. Today Claire is 15 months old. CRA Barcelona team is awsome. I have to admit that the treatment was too much for me … hahaha, but they never had a negative reaction, on the contrary, I felt supported all the time. Thank you very much to everyone for making our dream come true. 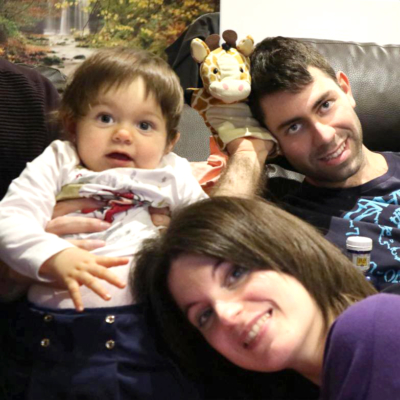 Dr. Julio Herrero and CRA Barcelona medical staff, will take care of you through all the process. We offer our experience and the best fertility technology to achieve your dream: pregnancy and a healthy baby.